Mauro Colagreco, along with the team of Casa Fuego, prepared a 4-course menu for 300 special guests

During the high summer season on the Côte d’Azur, the ‘Cote d’Azur Argentine Beef’ cup was held at the Saint Tropez Polo Club from 4th to 14th August. The tournament, one of the most important in the European Union, was the stage for the promotion of high quality Argentine beef.

After the final of the tournament, which was won by the ‘Amanara’ team – formed by Lorenzo Chavanne, Santiago Chavanne, Manuel Fernández Llorente and skipper Ranjan Sen – the ‘Argentine Night’ was held with the distinguished participation of chef Mauro Colagreco, awarded with 3 Michelin stars for the restaurant Mirazur, chosen as the best in the world by The World’s 50 Best Restaurants.

Colagreco, together with the team of Casa Fuego -another of his projects, closely related to the ‘Argentinean grill’- prepared a 4-step menu for the almost 300 special guests, among whom were renowned chefs from France such as Mickael Tourteaux (2 Michelin stars), Cyril Lignac (the most famous in that country) and Chiristian García (from the SAS of Prince Albert II of Monaco), as well as meat importers, distributors, restaurant owners, journalists, French authorities and personalities from European social life.

The event was organised by the Institute for the Promotion of Argentine Beef (IPCVA), the Embassy of the Argentine Republic in France and the Polo Club Saint-Tropez, and was part of the strategy that the IPCVA decided to implement, taking advantage of Polo – a discipline in which Argentina is the undisputed world leader – as a platform for the promotion and positioning of Argentine beef in markets with high purchasing power; and the French Riviera as a unique place, chosen by the most exclusive international brands.

‘We have the best beef and the best polo in the world, with these strengths we made a cooperation agreement with the Argentine Polo Association to promote our beef along with this sport. We are at the Argentine Open in Palermo, we were at the U.S. Open and today we are in this most emblematic place in Europe, showing our high quality beef,’ said Juan José Grigera Naón, president of the IPCVA.

‘It is an honour to be part of this event with the participation of one of the best chefs in the world: Mauro Colagreco,’ said Leonardo Costantino, Argentine ambassador in Paris. ‘Mauro’s excellence is combined with the excellence of our Polo to highlight all the qualities of Argentine products in increasingly demanding markets’, said Costantino.

‘Europe is a high quality market, where we aim to increase the value per tonne, so it is strategic to associate the product with excellence. But it is also a priority to promote the sustainability of Argentine beef production, a fundamental aspect in the discussions taking place in different international forums,’ added Grigera Naón.

In the same vein, Mauro Colagreco said ‘I believe that the trend in beef consumption is going more and more towards quality. And obviously quality goes with what is healthy for humans, but also good for, for the Earth, for the planet. And you know, it’s not something that needs to be discussed: cattle raised on free-range pastures have an offset in their CO2 carbon emissions. And it is also a bovine beef that will have the flavour of the pastures it ate, it will have the particularity of being a cattle that walks and that makes a much tastier and higher quality beef’.

‘My cuisine is a very personal cuisine, not very particular, but it is obviously marked by my origins, my country, Argentina, by my memories, my childhood flavours, my memories and all that is what you bring in your backpack, always, what you can’t leave aside’, he added. ‘Today’s event here in the town of Saint Tropez, cooking Argentine beef, is something that obviously touches my heart, because it is a bit like the environment where you grew up, where you shared with your friends, your loved ones, your family’.

The presence of Fragata Libertad

The event coincided with the arrival of the Fragata Libertad to the French Riviera, which joined the meeting with the presence of the musical band that played the anthems of Argentina and France.

Also in the framework of the reception offered by the Captain and Commander Carlos Pedro Schavinsky Trinchero, in the Port of Toulon (France), the President of the Institute for the Promotion of Argentine Beef (IPCVA), Juan Jose Grigera Naón, recognized the crew with a plaque in tribute to their 50th training trip. The ceremony was attended by the Ambassador of the Argentine Republic in France, Leonardo Constantino, authorities of the French Navy and special guests. 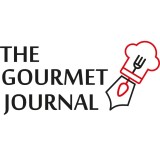