Climate is the long-term average of a region´s weather events lumped together. For example, it´s possible that a winter day in Champagne could be sunny and mild, but the average weather – the climate – tells us that Champagne’s winters will mainly be cold and include snow and rain.

[Pancho Campo] Climate change represents a change in these long-term weather patterns. They can become warmer or colder. Annual amounts of rainfall or snowfall can increase or decrease. Global warming refers to an average increase in the Earth´s temperature, which in turn causes changes in climate. A warmer Earth may lead to changes in rainfall patterns, a rise in sea level, and a wide range of impacts on plants, wildlife, and humans. When scientists talk about the issue of climate change, their concern is about global warming caused by human activities.There is no doubt about the origin of global warming: it is the excessive accumulation of greenhouse gases such as carbon dioxide, methane, nitrous oxide, sulphur hexafluoride, perfluorocarbons, and hidrofluorocarbons. These are the six greenhouse gases listed in the Kyoto protocol, which are mostly produced by human activities.

In 1987 many governments signed the Montreal protocol in order to phase out chlorofluorocarbons (CFC) by 1996 in industrialised countries, replacing it for hidrofluorocarbons. Although less harmful to atmospheric ozone than CFC, HFC is still a greenhouse gas. These gases are man-made and used for refrigerators and aerosols. Although it is been agreed that HFC will have to be phased out by 2030, because these are non-reactive gases, their life in the atmosphere is of approximately 200 years, time during which they will continue to contribute to global warming.

At the moment the increment in temperature is of 1/3 of a degree Celsius every ten years; this means 3 degrees within the next 100 years. This is much faster than what has happened in the Earth in the last 10.000 years the problem is that the global average temperature difference between the coldest part of an ice age and the warmest periods in between ice ages is of only 5 or 6 degrees. The speed at which this phenomenon is occurring will make it difficult for many human communities and ecosystems to adapt, especially those in developing countries.The impacts of climate change and global warming over agriculture and the wine industry are being noticed at three levels: the first level is the availability of water, specially in those regions with hot and dry climates; secondly, is the fertilizing effect that carbon dioxide has over crops, specially cultivars that are photosynthesis dependant, which tends to increase yields due to this effect of CO2; and third, is the variation in temperatures that the different wine growing areas have started to experiment.

Recently Dr. Gregory Jones from Southern Oregon University, and his colleagues, reported results of their analysis of 50 years of climate data from 27 different wine regions and compared them with Sotheby’s 100-point vintage ratings, looking for any trends in wine quality and growing season temperatures. In addition, they ran a sophisticated climate model to look at the projected temperature changes over the next 50 years. The results are striking. Overall, growing season temperatures have increased for most of the world’s high quality wine regions over the last 50 years, by an average of 2 ºC. In tandem with this rise in temperatures, the quality of vintages has also improved over this period.

The study showed a significant relationship between the vintage ratings and monthly average growing season temperatures in most regions. The results suggest that the 27 wine regions analysed can expect an average growing season temperature increase of 2.04 ºC by 2049. Of these regions, the largest predicted change was for southern Portugal (2.85 ºC) the lowest was for South Africa (0.88 ºC).It has always been accepted that the regions for wine growing are those located between the parallels 30 and 50 in both hemispheres. This has started to change, and in regions traditionally cold and humid like England, quality wines are starting to be produced. In the contrary, those warm and hot wine producing areas will start to find difficulties to continue growing the same varieties. In hot regions, grapes show excessive ripening conditions, but lack flavours that can take time to develop.

Other regions, somewhat in between cool to hot growing climates, will likely have to consider other varieties that will produce better wines in a new climate regime. The analysis shows that this climate change could become very critical in already warm areas like Chianti, Barolo, Rioja, southern France, the Hunter Valley, parts of Chile and the Central Valley of California.

Other effects of increased temperatures could include lower acidity, harvest periods being brought forwards into the warmest parts of the year, reduced water availability, and increased pest and disease burden. So while it seems that the climate change over the last 50 years has mostly had a positive effect on wine quality across the 27 regions included in this study, the future picture could be quite different.

High alcohol in today’s wines is also an added disadvantage. Is this because global warming is producing riper grapes with higher sugar levels? Partly, but it is also because of market tendencies and opinions of certain wine gurus. Advances in viticulture and a tendency to harvest on the basis of phenolic ripeness rather than just sugar levels tend to give higher alcohol wines. While alcohol can add body and a perception of sweetness to wines, levels are often problematically high in warmer regions, and some winemakers are resorting to sophisticated techniques such as reverse osmosis to remove alcohol. Viticulturists will be forced to plant different varieties, clones or rootstock with increased resistance to drought and to the new climate conditions.

We will witness the introduction of new training systems and irrigation methods.The economical and financial impacts of climate change are and will be considerable. In fact, we are already suffering the consequences of hurricanes, tornados and storms, which literally devastate wide areas of the planet with the corresponding exorbitant expenses that health and food aid involves, as well as reconstruction of cities, ports, cultivars, factories, etc.

Large defences will have to be designed to protect maritime regions from the raise of sea level, and new climate detection equipment will have to be introduced, as well as numerous ports and coastal areas redesigned. In agriculture new irrigation systems will be needed as well as cultivars that can be adapted to the new climate conditions, promoting reforestation, changes in growing and harvest patterns, as well as the development of climate and soil mapping systems. Insurance companies will raise the cost of their policies, and in certain cases will refuse to insure certain areas of high meteorological risk. In any case, preventive measures to slow down this phenomenon will always be more cost effective than having to face its long term consequences.Solutions to the problem include different aspects: scientists and related organisms will have to conduct further research to provide information about the expected climate change on the regional and local level, especially to governments and politicians, who will have to promote a joint international action.

Technology will have to be developed and adapted to confront the consequences and impacts of climate change, looking for more efficient energy systems, reducing considerably the emissions of greenhouse gases, designing new forms of fuels, promoting recycling, reforestation, etc.The international industry must invest in adaptation to new technologies that can help mitigate the effects of climate change. From the point of view of economy, new types of incentives, subsidies and tax deductions are to be implemented, with economists, scientists and politicians working under a well coordinated effort.

The public has to be informed and educated, through awareness campaigns, on the reality of the problem as well as promoting the corresponding solutions. In the other hand, individuals must assume a certain responsibility by learning the better and more effective use of energy on their day to day activities, as well as implementing new sources of energy at home such as solar panels and electricity. But above everything else, the industry and the individuals must learn to consume less fossil fuels.

More information in: The Wines from the land of Don Quixote 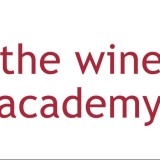