From Asturias (Spain), 47 years old and with more than 20 Restaurants. Today we speak to José Andrés.

He is the most international Spanish chef. José Ramón Andrés Puerta, better known as José Andrés, is the propeller of Spanish cuisine across the Atlantic, in the United States.

At the age of 21, the «Asturian» chef, after spending a period in «El Bulli» in the hands of Ferrán Adrià, decided to travel to New York. Later on, he moved to Washington D.C., where he opened «Jaleo», the first Spanish tapas bar and his first business adventure.

He currently has more than 20 restaurants in Las Vegas, Los Angeles, Miami, Mexico and Puerto Rico. His flagship restaurant is Minibar, opened in 2003 and recognized with two Michelin stars.

The Times magazine included him in 2012 as one of the 100 most influential people in the world, and his restaurants are frequented by famous celebrities and even President Obama is a regular customer.

M. Balanzino: You have been out of Spain for many years now, has your cooking style changed since you are in the United States?

José Andrés: I think one of the things my team and I pride ourselves on is that our cooking style is always evolving, changing, and we are constantly looking for new sources of inspiration. Obviously, over the 23 years I have been cooking here in the United States, my style has changed mostly because we have restaurants that offer many different styles of cooking besides Spanish cuisine, from Mexican and Mediterranean, to American and Peruvian. One thing that will always remain constant in my style of cooking is the philosophy I learned from my mentor, Ferran Adria, which is to always respect tradition. Once we have immersed ourselves in the tradition and authenticity of a cuisine that we are cooking, only then can we improve upon it and offer a unique experience for our guests.

If you had to choose one American chef, who would you choose and why?

That is a very difficult question to answer, because my first instinct would be to ask what am I choosing them for? We are so blessed in this country to have an incredible roster of American chefs, from veterans like Anthony Bourdain, Mario Batali, Tom Colicchio, Michael Mina and the late Charlie Palmer, to the younger generation like Bryan and Marc Voltaggio, Katie Button and Joshua Skenes. Each of these chefs have such a unique set of talents and gifts, it would be impossible to settle on just one. But no matter what specific skill set I’m looking for in an American chef, I know it wouldn’t be hard to settle on one who is incredibly creative, loyal and constantly pushing the boundaries when it comes to their cooking. I think that really defines the talent we have in this country.

And one Spanish chef?

Again, I have a hard time answering this question but not for the same reason as choosing an American chef. In my mind, the work of my good friends Albert and Ferran Adria is unparalleled when it comes to Spanish cooking. Let me just tell you, the day I have to choose between them would be a very difficult day.

You just landed with a new concept beyond the borders of the US and after Puerto Rico with J by José Andrés in Mexico W hotel. What can we find there when we visit?

Well of course, as soon as you arrive, you are in the hands of a really remarkable hotel group, W Hotels, because they are really in a class of their own. It is an honor for me to be partnering with W Mexico City to open my first restaurant outside of the United States, because the playful, dynamic spirit of the W brand is such a natural fit for us, and the their hospitality is endless. As far as the restaurant goes, it is such a unique experience because we are celebrating the astonishing cultural and historical connections between Mexico and my native Spain. We worked very hard to uphold the authenticity of many of their renowned dishes, while fusing together each of their many indigenous ingredients to create new and innovative dishes that really stand apart from anything we’ve ever done before.

In J by José Andrés, are you looking for an interbreeding of Spanish and Mexican cuisine?

The menu features the rich connection between Mexico and Spain’s culture, so we certainly had some fun with a few of the dishes that might be considered “interbreeding.” Examples would be our Queso Fundido, a Mexican classic, is made with Spanish cheeses, and there are many Spanish-style tacos made the traditional Mexican way but featuring authentic ingredients from Spain. I wouldn’t so much call it interbreeding as I would call it highlighting the qualities of each cuisine and how they complement each other.

Absolutely! You can blend many cuisines as long as you know how to connect them. Mexican and Spanish- two of my favorites, share many flavors and there is a deep cultural connection as well.

Talking about Spanish wines, do Americans like and consume our wines?

Of course! Who wouldn’t?!

You have gone through some of the best cuisines in the world, including one classified as the World’s best restaurant, El Bulli (Spain), lead by Ferran Adria. Have this left a mark in your career? What would you highlight from the time you spent there?

Quite frankly, my time at El Bulli changed my life. It was the 1980s and I was just beginning my culinary career. Spanish cuisine was booming, and it was a fascinating time to be in the kitchen with Ferran leading that charge. He pushed us to think beyond the ingredients we were working with and to experiment and question everything. A lot of the times, working with him was like tempting fate. I remember one day, I was working the fry station, and he came into the kitchen wanting to put a spoon full of almond milk gelatin into the vat of oil that was in front of me. We were all a wreck, because as you may or may not know, a cold liquid does not do so well when thrown into hot oil. He did it anyways, and as we all assumed, it exploded everywhere. But right before he did it, he looked at me and said “if I don’t test it, I won’t know.” That crazy experiment eventually led to one of his most highly regarded dishes, his liquid croquetas, and I’ve carried that memory of him looking at me, in that mad scientist way, justifying his cause for why he had to do what he did, every single day of my life since.

«Pepe» is your more casual concept built on a food truck. Can food trucks bring together street food with high cuisine? What type of cuisine do you offer in this concept?

I like to credit my boy Roy Choi who opened his food truck Kogi BBQ in 2008 for redefining the limits to which a food truck can go. They can absolutely be a highly sought-after dining destination. My food truck Pepe is our way of bringing a high-quality Spanish sandwich concept to the streets of Washington, DC. It’s the perfect blend of street food with quality ingredients. We use the freshest ingredients and highest quality of meats and cheeses, and we have the mobility to bring this concept all over our nation’s capital.

Could you tell us one of the best moments you have lived in your career?

I am so fortunate that have been able to experience many incredible moments in my career. I could say the day I arrived in NYC, with nothing but fifty dollars to my name and a world of opportunity in front of me, was one of the best. Or I could say the day we opened Jaleo in Washington, DC, bringing my beloved Spanish cuisine to America was one. And reflecting on a time much later than that, the day my wife and I became American citizens in 2013 was probably one of the proudest moments of my life. Just recently, I was awarded the National Humanities Medal by President Barack Obama, and my team and I earned two Michelin stars at minibar.

And speaking of future plans, what’s next for you?

My team and I are constantly traveling and exploring new places for more inspiration on all of our upcoming projects. We are opening Fish by José Andrés at the new MGM National Harbor, which will be an entirely seafood-focused concept celebrating the best of Maryland and the Chesapeake Bay watershed. We are also bringing a second Bazaar location to the Miami area at the SLS Brickell Hotel, Bazaar Mar, which will feature a menu inspired by the waters of Florida and the Caribbean. Right now we’re very seafood-focused, but when I’m not thinking about that, I’m thinking veggies, as my team and I continue to grow the Beefsteak brand nationally.

Will we have the pleasure of having one of your restaurants in Spain someday? 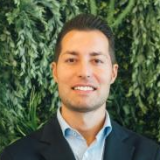